This is a true story.

I remember the day she walked into my life. It was a quiet sunny day in school, and I was skipping class. New students were still reporting so the dormitories were left open all day. It was my first time in a new school and already the monotony of every day routine promised a dull gray three months ahead. Being the first few days, most of us were still feeling out the place, seeing who was who, and weighing our social options. Mine didn’t look promising. I had already resigned myself to counting down the days until I was back home. Just as I started to head back to class, she walked into the dormitory.

She was late, fashionably late as I would come to learn, but she walked in like she already knew exactly what to do. As fate would have it, we were in the same class.  I have tried to define that look on her face when I first saw her for years, but the word has eluded me. Until now. Mischief. That’s the look she had in her eyes. There was excitement and trouble and freedom and happiness and strategy all mingled up in that one look. And I loved it. The moment her mother drove off, she turned to me with a smile on her face, and asked for directions to our class. Little did I know that my life had just changed forever. We walked from the stone walk, through the lower pitch and up to the canteen "boy's end" for approximately ten minutes, but by the time we stopped at the canteen to buy us some cold sodas, (it being a hot day and all), I knew all the important things I needed to know about Alice.

She knew everyone and everything. She talked non-stop about past escapades as well as future escapades. She asked if so and so was in this school too. She was making plans for us for tomorrow as well as six months later. She talked about boys, and girls. She talked about clothes and shoes. She knew all the famous actors and models. She smiled back when a boy smiled. She was sure. As someone that was way out of my depth already, sure was the one thing I was looking for. There, right there on that huge log, right in front of the canteen, in the first week of high school, a Fanta in my hand and a Coca-Cola in hers, I knew. This was fate.

We were inseparable; there was even a nickname to that effect. If I were to write down all the schemes we pulled off over the years, I’m pretty sure people would look for me with machetes. I would need a whole book for just one half of it. Most of it started out as innocent fun, but many of us got hurt along the way. Some of it I cannot remember but I’m almost certain some of it was illegal. What amused me the most were the rumors that came with all that; some were simply outrageous. But who cared; I was having the time of my life! I remember times when I would count down the days until I would be returning to school. I had never felt so free in my life. I absorbed the side of me that Alice brought out the same way a sponge sucks up water. I thrived in my new skin. 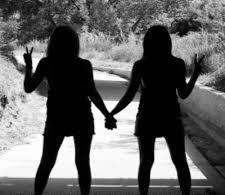 “Moonless nights haunt me. They evoke remembrances of a carefree life when I dreamed without doubt to what my future could be. I yearn for a time when my mother’s tree swayed beneath the dusk like an amber sea, but the past is locked without a key. Never to return—only flee”
H.S. Crow

As with most stories, the good times didn’t last forever. I can’t even talk about how things went wrong just yet, where it all became toxic. If it were her, she would probably blurt it out and then ask “too soon?” as an afterthought, sheepish grin on her face. I look back on that time now and ask myself, if I knew what I know now, would I change anything?

That’s a thought-train for another day.

Popular posts from this blog

Letter from a (then) new friend...

Dear Kullein, When I was growing up, despite my quiet nature, I liked to listen and I still do. I am not big on preparing sermons or lectures that are instructional. Most of my conversation comes from listening, understanding and giving appropriate feedback. What I am saying is I enjoy conversation. I am the kind of guy who will stay awake fighting sleep waiting for a text. I sometimes think if one could stay alive on anything other than food, for me it would be deep personal conversation. I thought about what to write for your blog. Should I write about ten steps to enjoying your twenties? I’m reminded of that Switchfoot song that goes something like “We were just kids Just limited, misfit, itinerant Outcasts singing bout the dissonance We were just kids, wide-open Like a child, eyes-open, Like a child, unbroken by the wheels gone by you’re in the sunrise of your years” Something that reminds you to celebrate your sunrise years. However, I want to know about you first.
Read more

Five things you need to know about the National ECD Policy 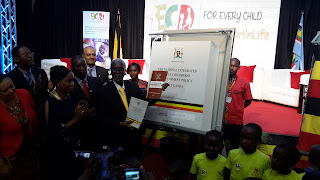 On Thursday September 15 2016 at Imperial Royale Hotel, Uganda launched its first-ever National Policy and Action plan on Early Childhood Development.   The policy is expected to contribute to social, economic and human development, increase of workforce productivity, and poverty reduction . The NIECD Policy of Uganda has three major objectives;       - To harmonize existing ECD policy related goals, objectives, strategies and initiatives within and across all sectors.      -To set, improve and align standards for ensuring access to well- coordinated, quality, equitable and inclusive ECD services within and across sectors.           -To build and strengthen capacity of systems and structures to deliver integrated quality and inclusive ECD programs.   It will also ensure integrated services for children from conception to eight years of age in the form of health, nutrition, education, protection, and parenting support services; representing one of Uganda’s most cost-
Read more 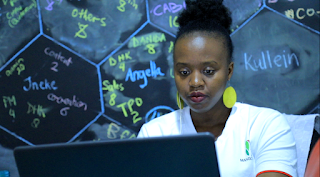 On the 22nd of July, 2011, at 15:39 hours East African time, I published my very first article on Blogger. It was a two-paragraph article, barely 200 words, called "In a Nutshell" . It talked about how there is no try, there is only do and do not. It was read by about 10 people. It was poorly phrased, with an exaggerated font and all over the place, BUT; it still captured me. It's been about 8 years now, and I can assure you that the growth has been real. As a writer, I have expanded my horizons in ways I never ever thought I would. I have risen and fallen, given up and started over, inspired and motivated others and been inspired as well. I have discovered hidden islands in writing, secrets and truths that can only be found through experience. I have worked with amateurs and professionals. I have had writers block and sudden bursts of writing energy. Far from diminishing with time, my passion for writing has only deepened and become more fiery. However, when you
Read more